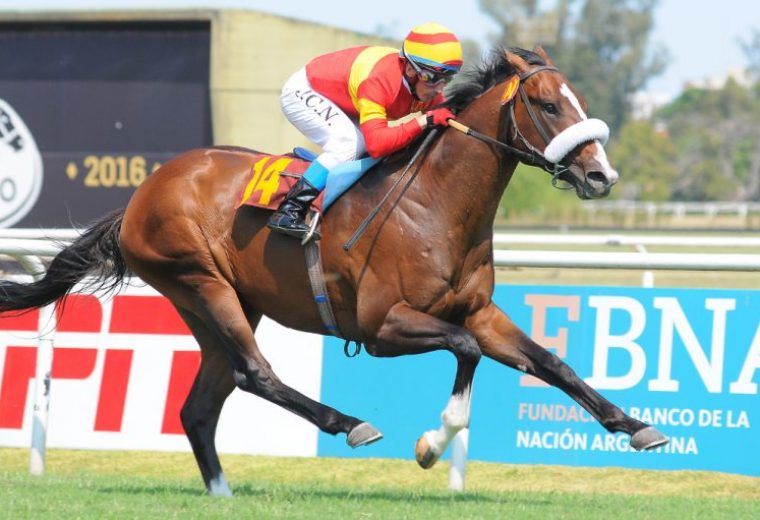 Unbeaten in his first two starts at three on the turf at 1600 and 2000 metres, Crazy Icon entered the Estrellas Classic off two straight defeats when placing second in the G1 Gran Premio Miguel A. Martinez de Hoz at San Isidro in February 2017 and second in the G2 Classic Otono on dirt at Palermo a month later.

His victory in the  G1 Estrellas Classic, the highlight of the Carreras de las Estrellas, Argentina’s version of the Breeders’ Cup World Thoroughbred Championships at San Isidro Racecourse in Buenos Aires was extraordinary.

A tough, geniune top level performer in South America Crazy Icon has all the hallmarks of his sire.